We are a passionate breed. A new kind of creative agency that fuses an understanding of integrated marketing communications with brand values, putting brands at the heart of conversations while commanding good returns on communication investments.
+234 (0)8134160001, (0)8022904853.
info@creativexone.com
17a Aroyewun Street, Off Ramat Crescent, Ogudu GRA, Lagos.
Connect with us
-

Who in this country will say they haven’t heard the hottest gist on the lips of all Lagosians? The banning of motorcycles and tricycles, otherwise known as “Keke”.

It’s been a trek-trek situation for a lot of people who have been shouting about the repercussion of this new development, otherwise known as “change”.

Dear Lagosians, haven’t we all been clamoring for change?!!!

I don’t know if I’m being ignorant or something, but I’m well aware that you can’t keep doing the same things and expect a different result. If you think I’m lying, ask Mr. Traffic light. Never have I also seen a situation where change occurs and everything remains unshaken.

It’ll definitely take time to adjust to these changes made by the Government but most importantly, measures should be put in place to ensure that the authorities charged with the responsibility of enforcing these laws do not make this an avenue for illegal extortion. There have been cases of police officers seizing bikes and asking for ransoms to release these bikes to the owners. Tell me, who is this money remitted to?

Also, provisions should be made for locations without an alternative means of transportation except for the banned ones.

Lest I forget…Ladies, if that man has promised to take you on a treat to a Chinese restaurant on the 14th of this month…sister! Runnn.

BROUGHT TO YOU BY XONE WEEKLY 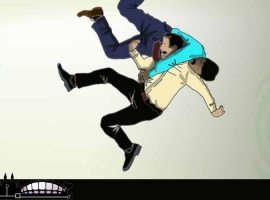 Lmao…this is an inside joke, but there’s an explanation. You know that in an office… 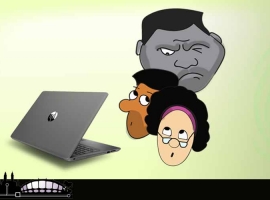 Shopping Cart
Our customer support team is here to answer your questions. Ask us anything!

CreativeXone
Career Enquiry
Available
Hi, how can I help?